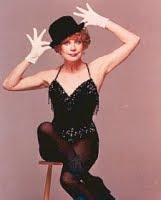 Actress Shirley MacLaine has disappeared from media coverage. That's because she lives with arguably one of the the most powerful men in the world, head of the UN, Maurice Strong, who most people have never heard of.

Wasp explains - I live in an area that has the second highest Tidal Rise & Fall in The World. If the Global Warming theory was correct we should have been flooded out by now. Why haven't I seen everyone walking around with Waders on then?

IN FACT WHY DO THEY CONTINUE WITH THE GLOBAL GREEN SCAM?

Politicians rarely have NATIONAL INTERESTS, at heart, let alone the people who constitute those NATIONS. Politicians, however, love to use Boss Words to make themselves sound as if they know what they are talking about. Have you noticed that many of these words that are now used have their origins in the 'Global Warming Hype'?

Few intelligent people are now convinced of the integrity of this Pseudo Religion, & 'THE HIGH PRIESTS' who Organise & Operate This Heretical Order...

Have you ever considered THE CARBON CREDIT SCAM. The emission of CO2 in one part of the world has to be paid for, whilst in another there is no charge. The average Coal Fired Electric Generating Plant, emits 1,200,000 Tonnes of CO2/annum. China at present have around 2,500(+) of these, and a new one comes on line every month. They do not subscribe to The Carbon Credit System, If they thought they were in environmental danger would they be so foolhardy?

Such unfairness is the result of decades of persistent Globalist Planning,
nothing less than Global Tyranny ...Step by Step.
I took my references from a book. Here is a workable link.

It is becoming ever more obvious that the plans of the planet 'guardians' and the green globalists have nothing to do with saving endangered species, protecting the ozone layer, or whatever else they are using as cover for their real goal. Instead, their plans have everything to do with
forging the chains for a UN-dominated world dictatorship.

In searching for a new enemy to unite us, they came up with the idea that pollution, the threat of global warming, water shortages, famine and the like would fit the bill.... All these dangers are caused by human intervention.... The real enemy, they decided, is humanity itself

One of the noteworthy early calls for the creation of a global environmental agency appeared in an advertisement sponsored by the World Association of World Federalists (WAWF) in the January- February 1972 issue of The Humanist, published by the American Humanist Association.

The words show how their thinking hasn't changed in forty years -

World Federalists believe that the environmental crisis facing planet earth is a global problem and therefore calls for a “global” solution — a worldwide United Nations Environmental Agency with the power to make its decisions stick.

WAWF has submitted a proposal for just such an agency to be considered at the 1972 U.N. Environmental Conference to be held in Stockholm.

That first UN Environmental Conference, held in Stockholm, Sweden June 5-16, 1972, proved to be the launching pad for the worldwide campaign to establish a UN planetary environmental authority. One result of the conference was the establishment of a United Nations Environment Program (UNEP) intended as the overseer of a future monitoring system of the world’s environment.

The man selected to be the first executive director of the new agency was Maurice Strong, a Canadian, who had served as secretary-general of the Stockholm event and was at the time a trustee of the Rockefeller Foundation. 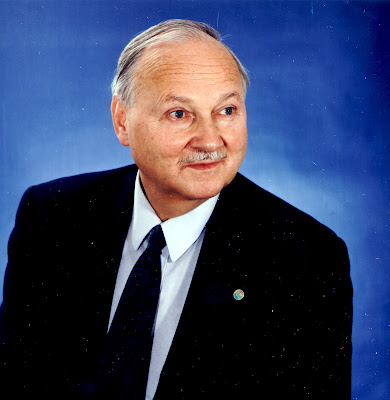 This same Maurice Strong was named 20 years later to serve as secretary-general of the United Nations Conference on Environment and Development (UNCED), the official name of the 1992 Earth Summit in Rio de Janeiro. A millionaire businessman with a passion for socialist, one-world causes, (He's been knocking off actress Shirley McLean for thirty years) Strong is a radical environmentalist and New Age devotee. He is also a major player in such Insider circles as the Club of Rome and the Aspen Institute for Humanistic Studies.

In the months leading up to the major event in Rio, Strong grabbed headlines on several occasions with outlandish rantings against the United States and the middle class of the industrialized countries. Though a Canadian, Strong maintains his primary residence in the United States. During one ill-tempered fit, he declared that “the United States is clearly the greatest risk” to the world’s ecological health.

This was so, he said, because -

“In effect, the United States is committing environmental aggression against the rest of the world.” Including himself in the indictment, he said, “We didn’t start doing this with any mal-intent. But we’ve lost our innocence now.”

The Report From Iron Mountain

There are many pieces of evidence to demonstrate that the entire environmentalist “movement” and all of its phony “crises” have been created, promoted, and sustained by the Insiders for the singular purpose of conjuring up a credibly terrifying menace to replace the fear of nuclear holocaust as the impetus for world government.

The first try at “world order” came in the form of the League of Nations at the end of World War I. If only the nations of the world would come together in unity and begin the process of surrendering national sovereignty to a world body, went the siren song, the scourge of war would be vanquished. This type of propaganda almost produced its desired effect, but not quite.

The United States was protected from armed invasion by ocean moats which made armed invasion unlikely. Moreover, the spirit of nationalism and independence still ran strong in American blood. A majority in the U.S. Senate decided, after all of the debate and wrangling, to stay out of the League of Nations. Our nation’s refusal to go along doomed the League from its start.


The second try at world order followed World War II, and it culminated in the creation of the United Nations. The arrival of the atomic bomb and long-range delivery systems (bombers, missiles, etc.), together with CFR dominance of the White House and growing CFR influence in the media and the Senate, provided the Insiders with the combination they needed to get the UN Charter ratified
(TAP - So that's why they dropped the atom bomb on Hiroshima and Nagasaki, to create a new terror to drive nations to surrender to global power.)

But a UN with no real authority was still just half, or even less than half a loaf.

For 40 years, the Insiders relied on fear of “the bomb” to keep America tied to the United Nations (TAP - which is why they continued funding the Soviet Union after WW2 and feeding nuclear intelligence). If we dared quit the world body, went their argument, there would surely be nuclear war with the communists and global annihilation. Coexistence was our best available option, at least until such time as the UN became powerful enough to guarantee its version of peace. But, even while “the bomb” was serving its purpose well, long-range planning was underway to employ the threat of environmental cataclysm in future campaigns to build the world organization into a world government.

During the summer of 1963, it appears that Insiders in the Kennedy Administration convened a Special Study Group of 15 men who met at a secret facility at Iron Mountain, New York. Their mission: Come up with alternatives to war that would provide the same social and political “stabilizing” function.

Two and a half years later the group produced its findings. They were not intended for public consumption. One member of the group, however, felt it should be made available for the American people. In 1967, therefore, it was published without identifying any of its authors under the title, Report From Iron Mountain on the Possibility and Desirability of Peace. It proved to be an instant sensation and generated heated public debate. Was it an authentic report? A brilliant satire? A cruel hoax?


Subsequent events, plus the release of other government studies (such as have been discussed in previous chapters) and the admissions by many of those at the center of the environmentalist movement concerning their true goals, argue for the report’s authenticity. In addition, professor John Kenneth Galbraith later admitted he was “a member of the conspiracy” (the words are his) that produced the book.

The Iron Mountain group found that “Credibility, in fact, lies at the heart of the problem of developing a political substitute for war.” Such a substitute “would require ‘alternate enemies,’ some of which might seem ... farfetched in the context of the current war system.” ....................

One of the major organizational players (both out front and behind the scenes) at Rio and in the preparations leading up to the summit was the Washington-based Worldwatch Institute. An interview with Lester Brown (CFR), founder and president of Worldwatch, appeared in the June 3rd issue of Terraviva, a special daily newspaper distributed to participants during the Earth Summit. In it, Brown predicted that “ecological sustainability will become the new organising principle, the foundation of the ‘new world order,’ if you will.”

Here is how he put it:

One hears from time to time from conservative columnists and others that we, as the United States, don’t want to sign these treaties that would sacrifice our national sovereignty. But what they seem to overlook is that we’ve already lost a great deal of our sovereignty. We can no longer protect the stratospheric ozone layer over the United States. We can’t stabilise the U.S. climate without the cooperation of countries throughout the world. If even one major developing country continues to use CFCs (chlorofluorocarbons), it will eventually deplete the ozone layer. We can’t protect the biological diversity of the planet by ourselves. We’ve lost sovereignty; we’ve lost control.

What it really gets down to, said Brown, is that “we can no longer separate the future habitability of the planet from the distribution of wealth.” No surprise there. With socialists like Brown advocating the extremes of social engineering, redistribution of the wealth is what it always gets down to — ultimately. “But,” suggested the Terraviva interviewer, “the current climate here in the U.S. seems very hostile to foreign aid.” Acknowledging the dilemma, Brown responded: “It might take a few more scares to get this country energised.”

No doubt the eco-saviors have “a few more scares” up their sleeves to “energize” those of us non-believers who value our freedom. ...........

Every call to action, every solution offered by the green globalists, always leads to a loss of freedom and more power in government. The final goal is always centralization of that power in the United Nations. For those truly concerned with protecting the environment, that is exactly the wrong direction to be heading. As Dr. Fred Smith has explained and documented with many studies.

.....it is becoming ever more obvious that the plans of the planet guardians and green globalists we have described have virtually nothing to do with saving endangered species, protecting the ozone layer, or whatever else they are using as cover for their real goal. Instead, their plans have everything to do with
forging the chains for a UN-dominated world dictatorship.
Posted by Mark at 5:00 AM